On Saturday July 20, at 9 in the evening, the fourth edition of "NIT DEL ESTELS" will be held at the Gallifa Ecological Sanctuary. The Board of Trustees following the success of the previous years, wants to repeat the opportunity to approach the universe and its mysteries. We would ask you, that within your possibilities, spread the activity.

50 years after the arrival of man to the Moon

- Conference by Albert Morral, astrophysicist of the Sabadell Astronomical Group

On the night of July 20, the first humans will step on the Moon for 50 years. This is a historic milestone, one of the greatest scientific, technological and human adventures of humanity. It was the culmination of the so-called Space Race.
- Observation with a telescope of the sky (moon, planets, stars, galaxies and constellations)
As you may know, Mossèn Josep Dalmau, founder of the Ecological Sanctuary of Gallifa, left us on September 5th. The Ecological Sanctuary Board wishes to continue and keep alive the founding principles that inspired the priest: Christianity, ecology and Catalanity. 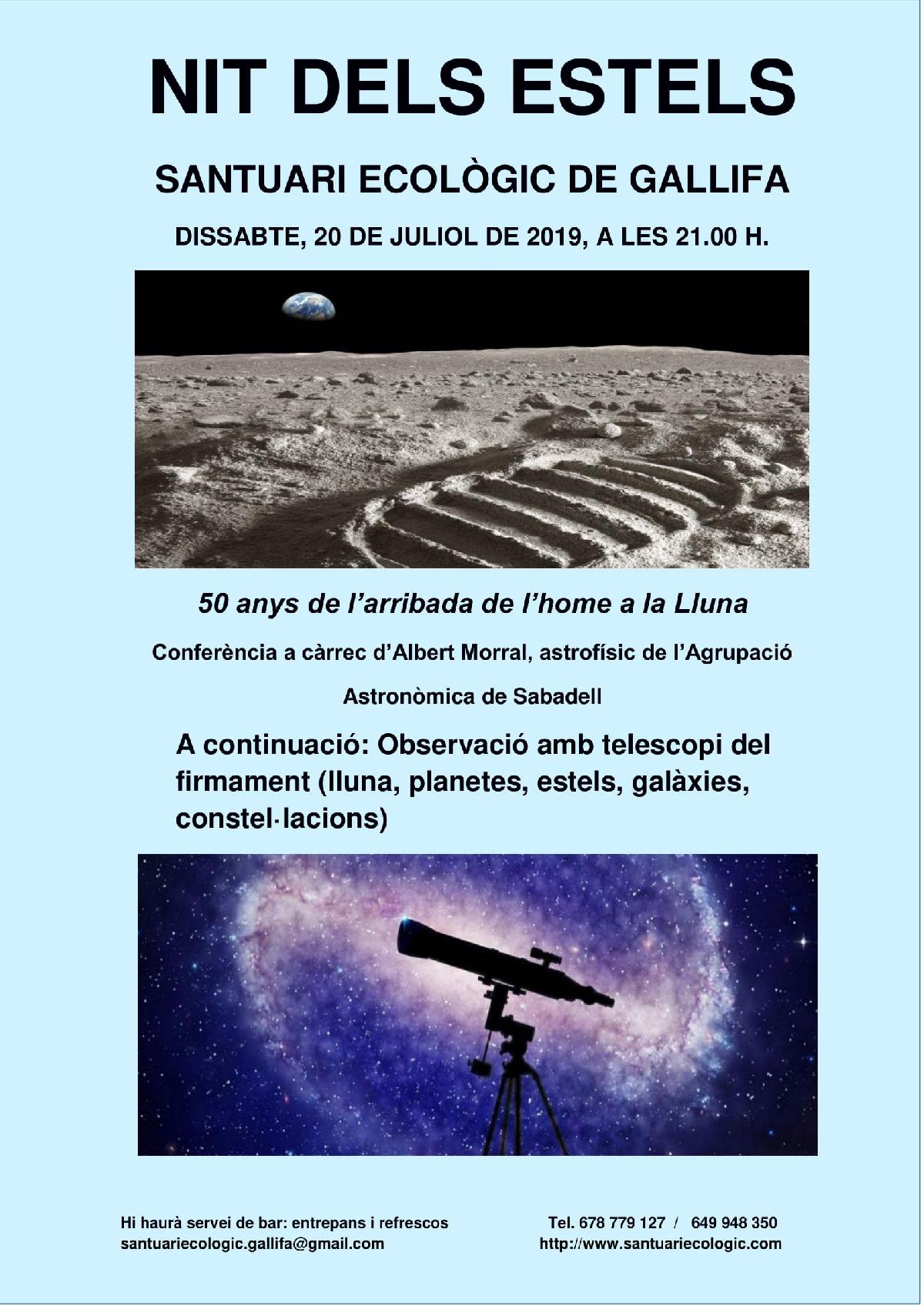 This website uses owned cookies and third party to collect information and analysis in order to improve our services and to analyse your browsing. If you continue browsing, you are accepting their installation. The user can configure its browser, if desired, to prevent them from being installed on their hard disk, but should take into account that this may cause difficulties in browsing the website.
Close | More info